$64.00
Out of stock
SKU
efi193
Add to Wish List Add to Compare
Email
These are example of Noble Shungite Pyramids Weight 78 grams approx Size 5 x 5 cm
Skip to the end of the images gallery 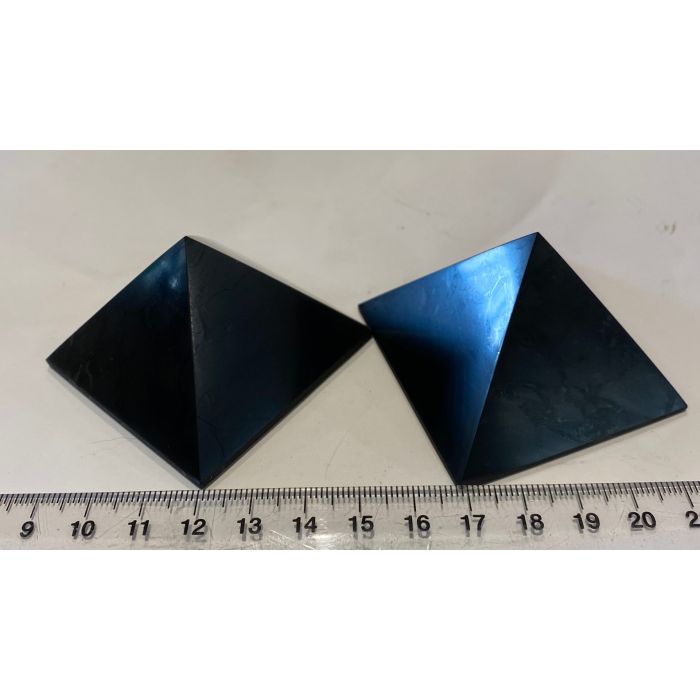 SHUNGITE is a mineral described formally as natural Carbon Black.

Shungite is an amorphous variety of graphite of intense black colour, which outwardly resembles anthracite. Shungite is unique in its composition, structure and properties. It is a natural composite with a homogeneous distribution of crystalline silicate particles in a carbon matrix. Fullerenes have been discovered in this rock.

It is found in the only place in the world which is Zazhoginskoye deposit near Lake Onega in the Shunga region of Karelia, North West of Russia. Shungite exhibits unique shielding effect for harmful electromagnetic radiation of any origin like computers, microwave ovens, TV sets, mobile phones and others. Shungite is a mineral, which has no analogues of range and diversity of its healing properties. Generally Shungite heals, saves, cleans, improves, protects, neutralizes and regenerates.

An amazing rock: it eliminates and absorbs all that imposes a hazard on people and living beings, but it concentrates and restores all that is helpful for a human being. Shungite shields electromagnetic radiation of high and ultrahigh frequency. The scientists who have investigated the shungite declare unanimously, it is a miracle!

Headaches, stomach-aches pain, spots on skin, aches in a back and others. Shungite pyramid is a shield for hazardous radiation. The scientific investigations of trustworthy scientists showed that pathogenic and electromagnetic radiation causes heart diseases and up to 60% cancer diseases. They are able to protect people from negative influence, is a guard against the "evil eye", that is against alien negative power-information field, which leads to sudden deterioration of human health for no obvious reason.

Found primarily in Russia, the shungite meaning is derived from the village of Shunga in Karelia, Russia where it was first discovered. The story of Shungite begins around 2 billion years ago, in the paleoprotezoic age. Precambrian rocks consisted of some of the earth’s earliest oil deposits. Shallow, brackish lagoons near chains of volcanos in western Russia were rich with sediments and algae. These specimen contributed to deposits of oil shale and crude oil. Later, when these deposits were subjected to heat and pressure, shungite formed into an almost pure form of carbon. It’s carbon purity isn’t this mineral’s only quality, though. In 1992, the fullerenes found in shungite threw the mineral world for a loop. Fullerenes are carbon molecules that have formed into hollow, globular molecules. In Russia, shungite has long been used as a water purifier. In fact, Peter the Great established the first Russian spa, called Martial Waters, in Karelia where people could bathe in spring water purified by the shungite it flows through. Today, many Russians still use shungite as a water purifier.
Reviews
Write Your Own Review
Only registered users can write reviews. Please Sign in or create an account
Questions (0)
Frequently Bought Together
Total price
Customers Who Bought This Item Also Bought 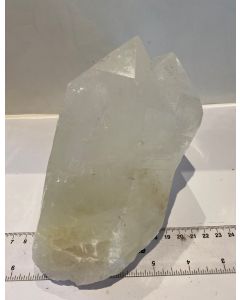 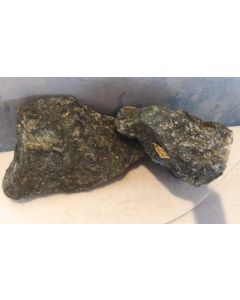 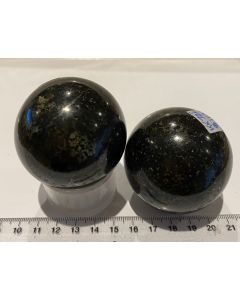